So it’s another day and another new bug in my life. I don’t maintain server very often, but when I do, I update random stuffs and break the server every other time. We were using Plesk 18.0.37 and then the version 18.0.38 arrived. So here is how I got Error 500 after Updating Plesk.

Jump directly to the solution #

How did we got into the error

Last night, I was maintaining the server, and then I updated all the components which I thought needs and update andPlesk update from 18.0.38 was one of them. I kept the Plesk on update and felt asleep. the next day, Plesk was updated, but Damn! all the sites hosted here were showing error 500. I checked the error log, and there were mainly 2 errors, one of them was upstream error and the other said ” Invalid proxy UDS filename... “

As we have always seen, no-one talks about the failures. Let’s make the saying wrong and talk about failures.I searched on internet and went through a number of solutions for 2 hours straight with no progress at all with following hit-and-trials.

Let’s come to the point. After a good waste of time, I was pretty sure that apache was not providing the upstream (As Plesk was using apache along with nginx for reverse proxy), I decided to run the site from cgi / fastcgi from apache. I solved the problem temporarily but I had to do this same process with all of my 40+ domains, and I was ready to spend another 5 hours looking for the solution, but was nowhere near to ready for that manual task (Developer’s ego 😉 )

The issue is related to the latest Apache update, which changed the approach in handling UDS URIs used to proxy connections from Apache to PHP-FPM. It’s said that Plesk has acknowledged the issue and will be fixing this issue soon.

Yes! that’s all. That’s the solution for "Error 500 after Updating Plesk". Hope this solution finds you SERP and saves your day unlike mine.

This is second day, second error after I started onlybug.com. you can ready my first bug handling here 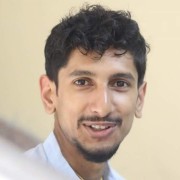